Wales is famous for Rugby. What better place to see an international Rugby match than at Principality Stadium. The stadium crams in a massive 74500 rugby fans. Seat blocks have been given a letter and number code.

Seat blocks in the lowest tier, closest to the pitch, are numbered in a clockwise direction from L1 at the North-East corner to L42.

The final tier of seating is furthest away from the rugby pitch, seat blocks in this tier are numbered from U1 in the North-East corner to U38 in the North-West corner and N1 - N4 in the North Stand.

Those rugby fans wanting to witness each conversion should head for seat blocks L19, L20, L40 and L41. These blocks are right by the goal posts. 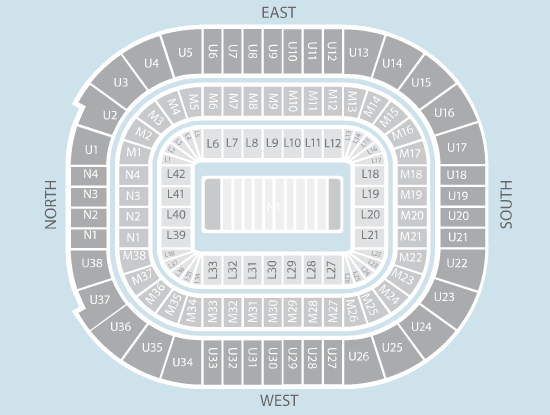 Where are the best seats at Principality Stadium?