The half hall layout makes use of Manchester Arena for a smaller audience. The stage is brought towards the centre of the arena floor, which reduces the distance between the stage and the back of the arena.

Seat blocks A, B, C, D, E and F on the arena floor will be of a reduced size.

Not all the seating in the arena is in use in a half hall layout at Manchester Arena.

Seating in the lower tier run anticlockwise from seat block 103 to 114 with 108 and 109 being directly opposite the stage.

Although tiered seat blocks directly to the left and right of the stage are closest to the action, they may not give the best view as the performance is generally directed towards the back of the hall. 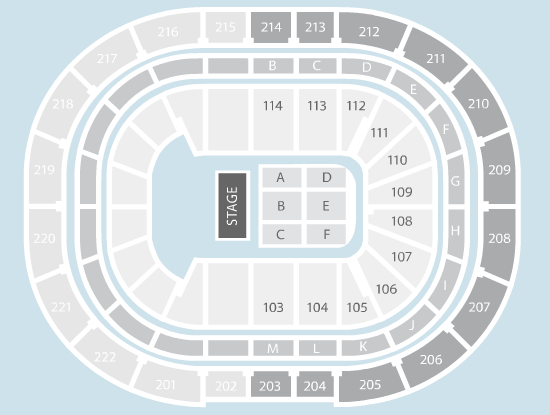