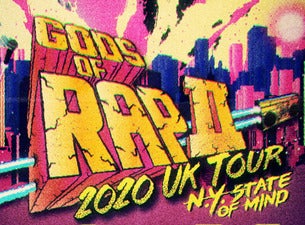 View other venues where you can see
Gods of Rap II

You've checked the seating plan, now make your you get your Gods of Rap II tickets!