Generally speaking during a performance which includes standing spectators, a stage is positioned at the end of the arena in front of seat blocks 118 - 121, which means seating behind these blocks is out of use. Certain blocks during this configuration may have restricted views of the stage due to their side position, in particular Seat blocks 117, 217, 122 and 222. Blocks close to these can however provide good views of the stage due to their proximity. Whereas blocks towards the opposite end of the Manchester Arena may be affected by their distance from the stage.

The arena floor is used for standing spectators. 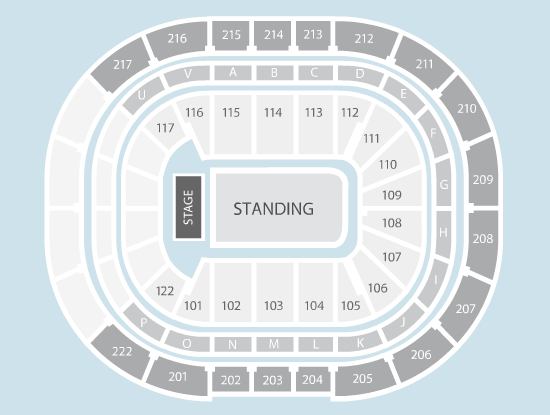